You Can Teach an Old Dog New Tricks, or How I Learned to Embrace Failure by Watching My Kid Fall Down...A Lot


Last Tuesday, I got to do something amazing - I got to go roller skating with family and friends like it was 1986 all over again! Of course I took loads of photos and videos, posting them up to social media like a crazy person because SKATING IS AWESOME.

However, I have no videos of my son, Sam, roller skating last week because it turns out that roller skating is hard when you do it for the first time at 16 years old. Thinking that skating was just like marching with a snare drum on your chest (which he does with grace and skill), Sam boldly put his skates on...and then hugged the wall & anyone near him in order to stay upright. It's not easy to catch your child on film when they are in full octopus-mode, fighting to defy gravity every second.

When skating turned out to be this difficult for him, I thought Sam would give up, pout horribly about coming all the way out to San Antonio on his last day of winter break for something only I was excited to do.

Sam laughed about how hard it was, about how cocky he'd been to think he could just pick up skating lickety-split, and kept going round and round, daring a little more each time to get further away from the wall. He even made it a few times around close to the center of the rink (it helps to have friends around to encourage you

), and I couldn't have been prouder of his perseverance♡

This kid also left the house this morning at 6:45am, in the "real-feel" of 9° (in Texas, those are arctic temps!), bound for UT Austin for yet another round of auditions to compete for a percussionist seat in the state band. I know, and now Sam knows, that skating and being a musician are two very different skill sets, but his progress on the rink last Tuesday, his continuing to plug away at something that didn't come naturally and seemed determined to make him feel a fool, feels incredibly linked to his band experience and these ridiculously stressful competitive moments like he and his peers are experiencing today. These kids have had so many crash and burn musical moments lead up to where they are today - competing with the best musicians in our Area, being some of the best musicians in our Area. They've learned, through YEARS of practice, to perceive their failures as steps leading to their success.

In education, we talk a lot about student success and wring our hands in distress about their failures, going back to the drawing board over and over again in hopes of finding that perfect formula where every child will be a winner every time. This focus on success continues into our adult lives in our discussions of job success, financial success, relationship success - how to be happy, how to be fulfilled, how to be content, how to be (wait for it!) successful. But, what is missing in these discussions of education and life is a focus on failure not as something to be feared and strategically avoided, but as something to be expected (when the bar is high, it's going to take multiple passes and maybe plans tried in order to achieve desired results), perhaps even encouraged and/or celebrated.

Failure is inevitable in everyone's life, and if we are really and truly living, we are probably going to fail a lot. This is not an easy reality for me. I am 43, and this educational system I'm complaining about, the one that focuses on success over failure, it's the one I grew up in, the one my parents grew up in. In my life, success has trumped failure every time; avoid failing at all costs, seek out the path to success, and if you do fail, shhh, don't mention it, don't focus on it, let's pretend it never happened.

But, in watching my teenager fail to be a graceful human on 8 wheels for 2 hours straight and STILL have a good time, STILL want to return to the rink, something just clicked it my head: I need to get more practice at failing, I need to learn to place more of my identity in what I learn from my failures than what I achieve from my successes, and maybe I'm not alone in that.

I recently left a very hostile and toxic work environment. I loved my job, loved what I did and who I did it for, loved many of my co-workers, but my passion for my community and the work I was doing was incredibly threatening to management. I worked for three years to try and solve this problem in order to be able to continue to do what I loved, refused to see this difference of values between myself and management as a professional failure that I had to walk away from because failure wasn't an option, failure was to be strategically avoided. I debased myself for 3 years, taking financial hits as management tried to passively squeeze me out, and putting my health at risk as the stress of such a hostile environment, an environment where I was aggressively not wanted, has only one result: increasing cortisol and adrenaline (two things my auto immune plagued body does not process well). I put myself through all of this, I thought, because I loved the job and who I did it for. But, in watching Sam skate last week and in sending him off this morning to a competition that he did NOT do as well as he wanted to last year but is at it again today with renewed vigor, it dawned on me that I put myself through emotional hell for three years because I was afraid to fail, afraid to say "yup, I can't fix this situation, it's time to move on and try something new," afraid to admit to losing my job even though I was awesome at it.

And, I'm angry. Angry at an unfair and unjust situation, angry about all the people it hurt on top of myself, angry at hard work and determination actually NOT turning out to be my saving grace. But, I think I'm even angrier at not having been taught or encouraged to be more comfortable with failure; I'm angrier at being told that failure is the end of the journey not the beginning of the adventure. I'm 43 and this is my first real dose of failure because I have built a life that is failure adverse. I am angry that I have lived what I hope will be 1/2 of my life (you never know!), and have only just now experienced massive defeat!  What have I missed out on in my life by only focusing on success?! I can't even fathom the answer to that question! And, that makes me angry.

If Sam and I had had a Freaky Friday experience last Tuesday at The Rollercade, switching bodies and abilities but keeping our internal personalities, would I have continued to get up from the bench and the floor (Yes, he even landed on his tush!), laughed at my failure and tried again? Pre-losing-my-job-me I'm not totally sure about. She wouldn't have left the building, but I'm pretty confident she would have taken the skates off and gone to play air hockey until everyone else was ready to leave. How do I know this is true? When Sam was struggling to make it around the rink even once, I went to check my wallet for quarters, then I asked him if he wanted to that instead; he said 'no.' :) Post-losing-my-job-me, the gal who's writing this blog post, what would she do in the awkward shoes of her 16 year old son? I think I would have sat down, gone on to YouTube, typed in quick skating tips, watched a few how-to videos and gotten cautiously back on the rink. Losing my job hasn't completely forced out my fear of failure, but it has helped me to recognize that I desperately need more practice at it.

It's been almost 8 months since I finally walked away from my job (with flowers in my hands and as much grace as I could muster), and during that time I've been asked a lot, "What are you doing now?" Every time I've stumbled through the answer, embarrassed and awkward, as I'm doing a rather lot of things, most of them volunteer, but all of them meaningful and incredibly difficult to quantify. After watching Sam skate and sending him off this morning to a competition he's been preparing for for months, I think I've come upon a new answer to that question: I'm learning how to love failure. I'm sure my response will be a conversation stopper some of the time, as I know this question about my occupational life won't go away, and most folks would like a more jaunty, easy to understand reply. But maybe, just maybe, it will occasionally be a springboard to an amazing conversation with another person about life and how so many times what we perceive is terrifying and shameful is really the ironic key to our (wait for it) success.

If you've got thoughts on failure, I would most definitely love to hear them; I have a lot to learn! Please share them in the comments below, or if you're shy, feel free to direct message me on Twitter , Instagram  or Facebook . I will be sure to get back to you ASAP:)

P.S. I'm feeling optimistic this morning: the sun is shining, I didn't have to drive to Austin on a Saturday morning because the school provided all the Area competitors bus transportation to UT, and I've been sitting cozily typing my thoughts into this blog post. Which means it's been a good morning. I don't always have good mornings since losing my job. Sometimes I have really shitty mornings where I feel like a washed up failure who can't focus long enough to figure out what to do with her life now that she has lost a job. But, honestly, I haven't had one of those mornings since that Tuesday of skating. This positivity could most certainly be a fluke, but like I just said, I need more practice at embracing failure, so if I fail at loving failure next week, well then I inadvertently stumbled onto what I need more of:) 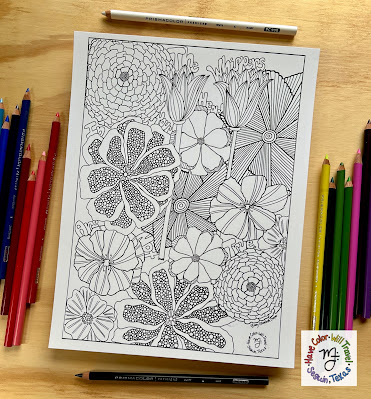 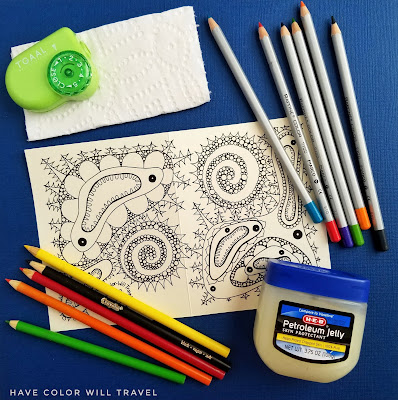 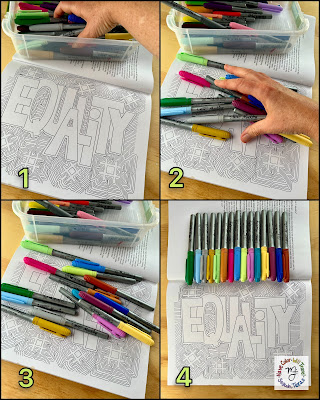 Subscribe to the monthly HCWT newsletter and get access to the current and future Free Coloring Page!🖍

Thank you for subscribing!

Please check your email for a confirmation notice from Have Color Will Travel.

Once you've confirmed your subscription you'll be taken to the current Free Coloring of the Month illustration and my Colored Pencil Coloring Techniques Video Workshop. Happy Coloring!

Connect with me on social media! 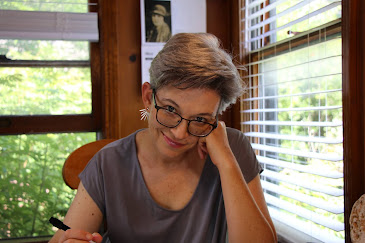 Hi! I’m Michelle M. Johnson, the artist/author behind Have Color Will Travel. I create illustrations to color with pen & paper and with pixels. I also love to write about coloring, creativity, feminism, and social justice, not necessarily in that order and oftentimes all at once. To contact me with questions about my art, about commissioning me to create one-of-a-kind art for you or your event, or about the possibility of a collaboration with me (I love working with other creative folks!), tap this photo of me right here and let’s begin a conversation!